That Which Washes Up On the Tel Aviv Shore: A Film Review of Jellyfish

Etgar Keret's and Shira Geffen's award-winning Jellyfish, released in 2007, is a film that is both dreamlike and real, a careful study of loneliness, relationships and childhood memories, against the backdrop of a bleak progressive neighborhood in Tel Aviv.

The film is an effortless weaving of three women's stories: Batia is a young waitress who is neglected by her divorced parents, dumped by her boyfriend and fired from her job at a catering company, and who is slowly sliding into a psychotic depression. Keren, the bride at whose wedding Batia waitresses, breaks her ankle during the party and must cancel the Carribean honeymoon plans for a seedy hotel in Tel Aviv. Not far away, Joy, a Filipino immigrant who has left her son behind to make money in Israel, cares for a difficult elderly woman whose own adult daughter is neglecting her.

The directors and writers, Etgar Keret and Shira Geffen, both a creative team and life partners, are known for their absurdist art: Keret, one of the leading modernist Israeli authors today, has a reputation for radically magic realist fiction. His books, such as The Bus Driver Who Wanted to Be God and Other Stories, and published pieces like "What of this Goldfish, Would You Wish?", have plots which are as ironic and surreal as Dali's paintings.

Jellyfish, therefore, is no exception. In a completely Keret-like twist of the plot, while Batia the waitress sits on the beach contemplating, she sees a naked five-year old girl walk out of the sea. The child is mute, wearing only a life buoy, and attaches herself immediately to Batia. While Keren and her new husband watch their days-old marriage fall apart in the disappointment of their failed honeymoon, and Joy cares for an old sick woman while pining away for her own son in the Philipines, Batia is forced to take care of the sweet yet strange child, in the midst of her own family dramas.

The characters cross paths occasionally, but not at all significantly. Rather than the plot tying the three women together, poetic imagery (mostly the sea, ships and water) is what connects the three, each finding comfort in the sea. The film is short, only 78 minutes long, giving little time to each character to have full depth of personality: the film aims to be anonymous, taking the emphasis off the characters and plot themselves and focusing more on their longings for that which they don't have. Each character deals with disenchantment with life, each wishing for the past, for communication and for the innocence they once had.

When asked about the title of the film, Keret explained that humans are like meduzot, jellyfish, in that 'jellyfish drift in the sea and do not have much control over their fate or direction'. These lonely Tel Avivians grow to understand that they truly have no power over their lives: not over their careers, over their financial situations, and not even over their relationships.

Winner of the 2007 Camera d'Or at Cannes, the Official Selection at the 2008 Toronto Film Festival, and the Official Selection at the 2008 Telluride Film Festival, Jellyfish has received much critical acclaim for its raw and whimsical snapshot. The imagery and scenery are stunning, the actors as complex and interesting as the characters they play.

But perhaps because it is a shorter film, Jellyfish's plot is one that races to the end: the resolution, or whatever the conclusion is, is abrupt and leaves the viewer unsatisfied and unsure of what to think. The story's several twists towards the conclusion are hard to believe, and even more difficult to grasp, as they have little follow-up afterwards.

The film overall is impressive for a first film. In it, Gefen and Keret have created a portrait of modern day Israel, an Israel the world has barely seen: an Israel which yearns for, above all, normality. The film is unique for an Israeli creation, for not having any mention of religion, politics or history. Instead, Keret and Geffen show their audience an Israel with a wholly different set of problems than the one seen on CNN; they show issues that are intimate, complex and painful, conflicts that storm not on battlefields but in the watery depths of the soul.

Even though it's raining hard and the wind is about to tear off our new roof, tonight is Chanukkah! I am getting the grater out of the cabinet and waiting for Neta to make latkes. 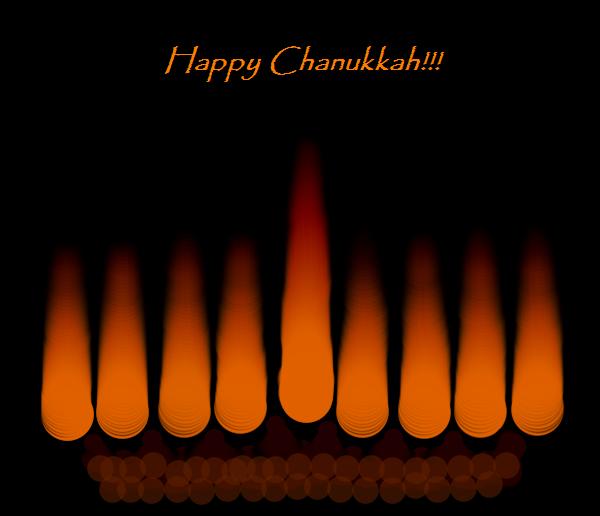 I selected this video only because it color matched the picture above.
Here is a Matisyaho's song I can actually listen to. 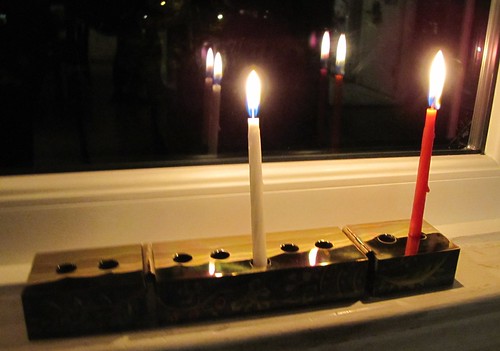 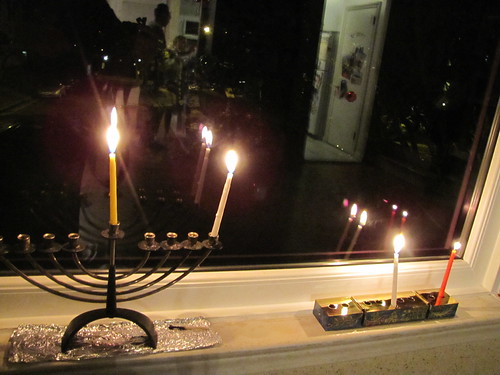 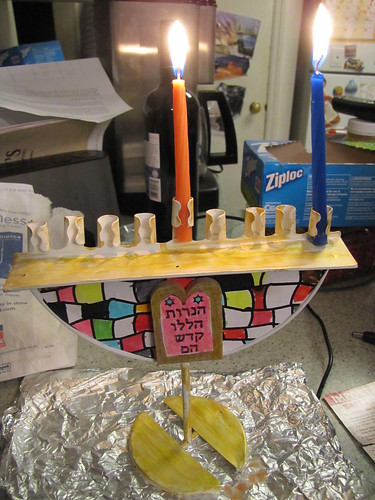 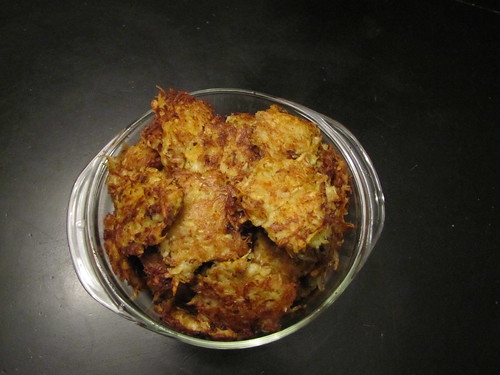 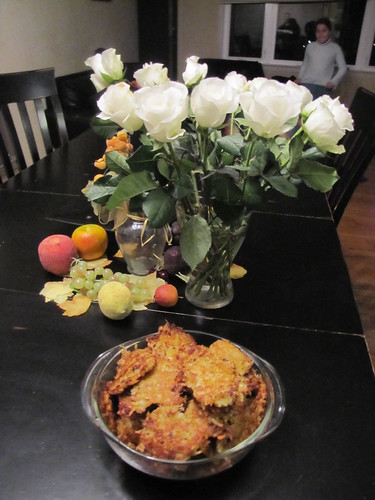