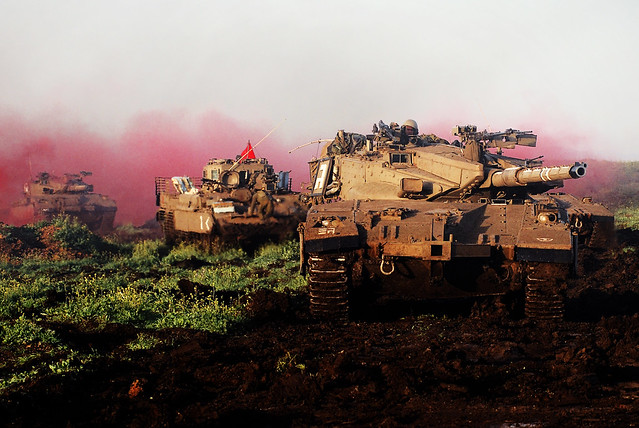 The 77th "Oz" Battalion, of the 7th Brigade, concludes a military exercise at the Golan Heights as part of their spring training. The exercise included the use of smoke grenades, hence the red smoke, and was completed successfully.